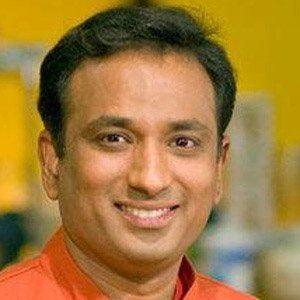 Best known for his popular culinary website, vahrehvah.com, this Indian chef also hosted such Telugu-language cooking programs as Vantintlo Wonders and Vahrehvah. For his celebrity chef appearances, he adopted the stage name of Vah-Chef.

During his early adulthood years, he attended the Institute of Hotel Management in Hyderabad, India, and subsequently worked at several Indian hotels.

In 1998, he opened a Chicago, Illinois restaurant called Sizzle India.

As a child growing up in Hyderabad, India, he frequently cooked with his mother. His wife Ragini helped him film and post his internet cooking tutorials.

Both he and fellow Indian chef Sanjeev Kapoor appeared on television culinary programs.

Sanjay Thumma Is A Member Of