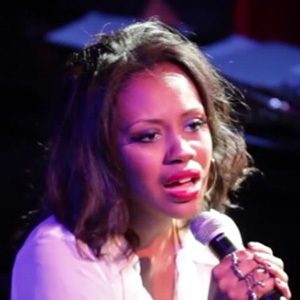 American singer and actress who first had success as a backup vocalist for Christina Aguilera, Alicia Keys, John Legend, and the Rolling Stones. She and Mick Jagger dueted on "Gimme Shelter". She went on to become a semi-finalist on the 4th season of NBC's The Voice.

She performed in a production of Andrew Lloyd Webber's Whistle Down the Wind in high school.

She starred in a 2009 revival of Hair on Broadway at the Al Hirschfeld Theatre.

Her brother Julian is an actor. She often shares pictures of her children on Instagram.

She was featured in a commercial with basketball Hall of Famer Michael Jordan as a teenager.

Sasha Allen Is A Member Of