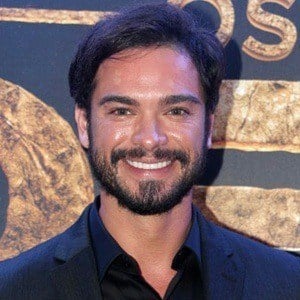 Award-winning Brazilian actor recognized first for his role in Malhação. He would later become widely known for his roles in The Ten Commandments and the followup series The Promised Land. He has also been seen in Soul Mate, Pages of Life, Seven Sins, and Watercolors of Love.

He made his acting debut in 1998 playing Fred in Sandy & Junior.

In 2016, he reprised his role as Joshua in The Ten Commandments - The Movie.

His parents are Edna Sampaio de Souza and José Pinheiro. He and Juliana Gama had a son together named Leonardo.

Guilherme Winter and Sérgio Marone also appear in with him in The Ten Commandments television series.

Sidney Sampaio Is A Member Of