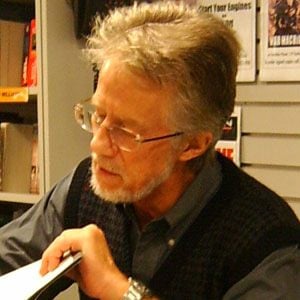 An American fantasy, science fiction, and mystery writer, he is best known for The Chronicles of Thomas Covenant, a ten-novel series. His other works include The Gap Cycle and such short story collections as Daughter of Regals and Gilden-Fire.

He attended the College of Wooster and Kent State University.

He was born in Cleveland, Ohio, and he spent a significant portion of his youth in India.

Donaldson's literary style was influenced by that of Henry James.

Stephen R. Donaldson Is A Member Of