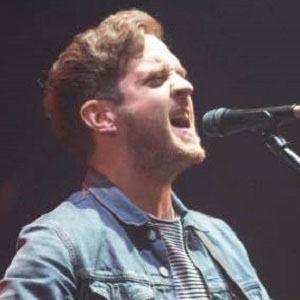 Scottish singer best recognized as the winner of the fourth season of the hit BBC show The Voice UK.

Prior to The Voice UK, he worked as a firefighter and sang for the band Stevie and the Moon. The group would record two records before disbanding in 2013.

During his time on The Voice UK, he was chosen to be a part of Team Ricky, led by Kaiser Chiefs lead singer Ricky Wilson.

He married Amy McCrorie and he has a daughter named Bibi.

After winning The Voice UK, he released his debut single "Lost Stars," a cover of the song by Maroon 5 frontman Adam Levine, which he performed in the film Begin Again.

Stevie McCrorie Is A Member Of