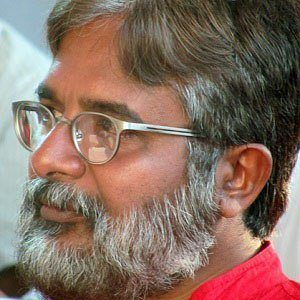 Known best as the Kerala State Film Award-winning cinematographer of the 1989 Malayalam film Paravi, he also served as Director of Photography on such 1990s and early 2000s movies as America America and Oru Cheru Punchiri.

Before beginning his career as a cinematographer, he earned a bachelor's degree in zoology from Mahatma Gandhi University and went on to receive a diploma from the Film and Television Institute of India.

He collaborated with director Adoor Gopalakrishnan and fellow cinematographer Mankada Ravi Varma on the 2002 film Nizhalkuthu.

He and his eight siblings (including a twin brother) grew up in India's southwest Kerala state.

He served as Director of Photography for the 1998 Malayalam feature Daya (which stars Manju Warrier and Krishna).

Sunny Joseph Is A Member Of