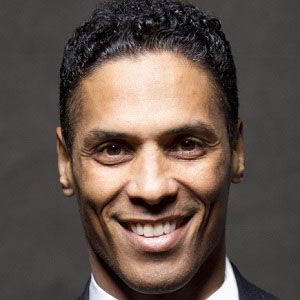 Actor, martial artist and stuntman most famous for his role as Leroy Green in the 1985 martial arts musical The Last Dragon. He has also appeared in music videos like Janet Jackson's "Let's Wait Awhile" and received black belts in a variety of disciplines, including Goju Ryu Karate, Jujitsu and Tae Kwon Do.

He was raised in New York City until age 7, when he and his family moved to Europe. At age 11 he met legendary Italian director Federico Fellini, who took him on a tour of the set for the film Roma.

He was the martial arts coordinator for pop superstar Madonna during her Drowned World Tour in 2001.

His father is Italian and his mother is African-American. He has a brother and two sisters.

He appeared with actor Courtney Gains in the 1999 film Dreamers.

Taimak Is A Member Of