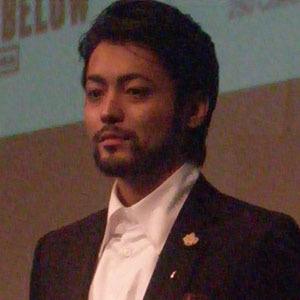 Actor and voice actor who became a teen idol in the early aughts with his roles on the shows Waterboys and Fireboys. As an adult, he has starred on series like Ushijima the Loan Shark and in films like Terra Formars (2016) and Hard-Core (2018).

He made his acting debut on Psychometrer Eiji 2 in 1999.

He is a singer and guitarist who released the album All I Want for This Summer Is You in 2002.

He is the brother of singer Sayuki and actress Kaori Tsubaki.

He voiced a scientist in Wes Anderson's Isle of Dogs (2018).

Takayuki Yamada Is A Member Of