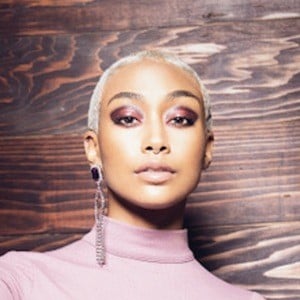 Rocketed to fame in 2017 after she joined the cast of the hit CW series The 100. She went on to star as Prudence in Netflix's Chilling Adventures of Sabrina. She has also made appearances in The Thundermans and K.C. Undercover.

At only five years old, she began her career modeling for stores like Macy's and Nordstrom. By middle school, she'd been accepted to Oakland School for the Arts' theatre program.

In 2016, she played Monique in the comedic telemovie Just Jenna.

Her birth name is Tatiana Hobson. Her mother is Korean and her father was a former Ohio basketball star.

Her character on The 100, Gaia, is the daughter of Indra, played by Adina Porter.

The 100
Chilling Adventures of Sabrina
The Owl House