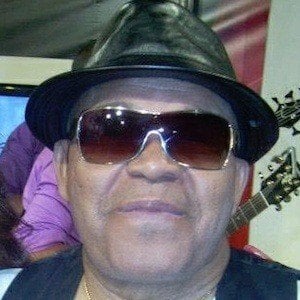 Legendary blind singer and musician who first rose to fame in the mid 1980s with the release of his debut album Linda Palabritas. He went on to become particularly known for his hit 1994 single "Vuelve con tu papá."

He first began his career as a songwriter, graduating to performing later on in life. One of his earliest successes was penning the hit single "La Hamaquita" performed by Fernando Villalona.

In 1994, he won Best Bachata Singer of the Year at the Casandra Awards.

He was born and raised in Nagua, the Dominican Republic.

Both he and Karlos Rose are popular Dominican bachata singers.

Teodoro Reyes Is A Member Of