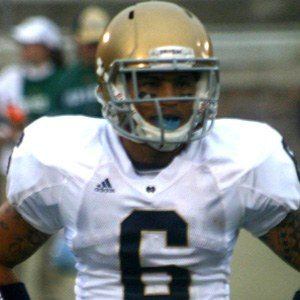 Running back known for his versatility who debuted in the NFL in 2013 for the Detroit Lions after playing college football at Notre Dame.

He grew up in Somerville, New Jersey.

He played for head coach Brian Kelly at Notre Dame.

Theo Riddick Is A Member Of