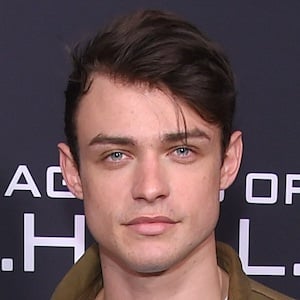 Disney Channel personality who was cast to play the son of Captain Hook, Harry Hook, in the television movie Descendants 2. He also landed a role on the Disney Channel UK musical series The Lodge.

He enjoyed playing soccer growing up.

He previously worked as a model, and was working at a restaurant before landing his roles on the Disney productions. He graduated from The MGA Academy of Performing Arts in 2015.

He dated Dove Cameron from 2016 until October 2020. He and Yasmin Wijnaldum were romantically linked in October 2021. He has a sister named Rachel, who is a dancer, and a brother named Niall, who plays soccer.

He and Sophie Simnett both landed starring roles on The Lodge.