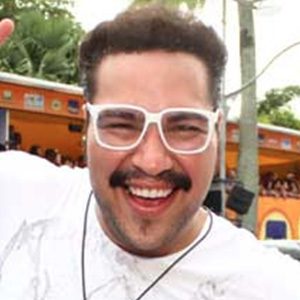 Brazilian actor, voice actor, and singer who is known for his roles in television including on the series Joia Rara and Salve Jorge. He is also known for his voice over work on the Brazilian dubs of several films including Wreck-It Ralph and The Jungle Book.

He started his career as an actor in stage productions in 2007 including in performances of Miss Saigon and Hairspray the Musical. His work in television started in 2011 when he starred as Davi in Amor e Revolucao. He then started his voice over career in 2012.

He was nominated for a Premio Contigo Brazil award in 2013 for Best Newcomer for his role in the film Salve Jorge.

He is the grandson of SBT owner and television host Silvio Santos.

He starred alongside Rodrigo Lombardi and Giovanna Antonelli in the 2012 series Salve Jorge.

Tiago Abravanel Is A Member Of