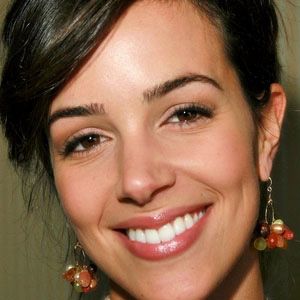 Actress who became known for portraying Frannie on the ABC Family series Greek.

She attended the University of Georgia.

She is a violinist and former member of a Dave Matthews Tribute band.

She attended Lake Braddock Secondary School, where she was involved in athletics and orchestra.

She was in the film One Night with the King with Peter O'Toole.

Tiffany Dupont Is A Member Of