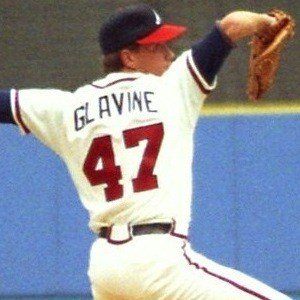 2-time NL Cy Young Award-winning pitcher who was selected to the NL All-Star team 10 times and won 305 games during his 22-year career, mostly with the Atlanta Braves. He won a World Series Championship with the Braves in 1995.

He was considered to be one the greatest athletes ever to attend Billerica Memorial High School in Massachusetts.

He had five children between two marriages.

He pitched on the Atlanta Braves alongside four-time Cy Young Award winner Greg Maddux in the 1990s.

Tom Glavine Is A Member Of