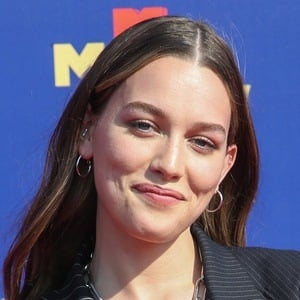 Film and television actress who had her breakthrough after booking the part of Eleanor "Nell" Crain on the Netflix horror series The Haunting of Hill House. She landed the part of Lulu in Quentin Tarantino's Once Upon a Time in Hollywood and she plays Love Quinn on the series You.

She attended school of drama at Carnegie Mellon University, graduating with a Bachelor of Fine Arts in 2017.

Before landing her role on The Haunting of Hill House, she was featured in short films called Sole and Uncovering Eden.

She was born in Philadelphia, Pennsylvania. Her father Michael was a professor.

She stars in The Haunting of Hill House alongside Carla Gugino.