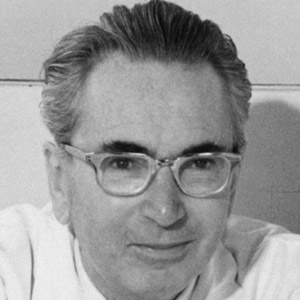 Remembered for his development of a type of existential psychotherapy known as logotherapy, this prominent psychiatrist, neurologist, and Holocaust survivor also penned a bestselling, memoir-based psychological work titled Man's Search for Meaning.

He earned a medical degree from the University of Vienna and subsequently worked as a neurology and psychiatry resident in the suicide ward of Vienna's Steinhof Psychiatric Hospital.

For his work in the fields of psychiatry and religion, he earned the American Psychiatric Association's 1985 Oskar Pfister Award.

During the years of World War II and the Holocaust, he spent time at the infamous Auschwitz concentration camp, where his mother perished in a gas chamber. His wife, Tilly Grosser, later died at the Bergen-Belsen camp.

Early in his career, he was heavily influenced by the psychological theories of Alfred Adler and Sigmund Freud.

Viktor Frankl Is A Member Of