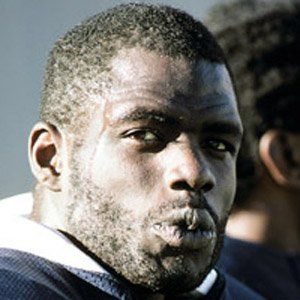 Former NFL linebacker who won two Super Bowls as a member of the Chicago Bears and Washington Redskins. He was named as the NFC Defensive Player of the Year in 1992.

He played at Astronaut High School and was eventually named to the All-Century Team by the Florida High School Athletic Association.

He needed much physical assistance from his wife following complications resulting from the numerous injuries he sustained during his playing days.

He played alongside Hall of Fame linebacker Mike Singletary on the Super Bowl-winning 1985 Chicago Bears.

Wilber Marshall Is A Member Of