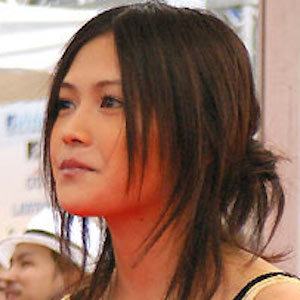 Famous for her hit single "Good-bye Days" and her chart-topping albums Can't Buy My Love, Holidays in the Sun, and How Crazy Your Love, Yui is also notable for her starring role in the 2006 Japanese film Midnight Sun.

In 2004, after auditioning successfully for Sony Music Japan, she released her first single, "It's Happy Line." Shortly thereafter, she began recording her debut album, From Me to You.

In 2013, she formed a rock band called Flower Flower.

Raised by a single mother, she grew up in Japan's Fukuoka prefecture. She and her husband welcomed twin boys in 2015.

She and Junnosuke Taguchi were both nominated for Japan Gold Disc Awards; Taguchi won the honor for his song "Real Face."

Yui Is A Member Of