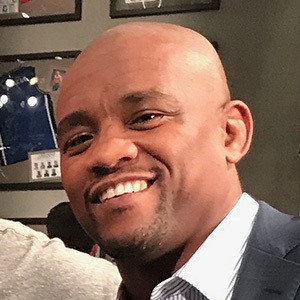 Retired MMA lightweight who was considered the #1 lightweight in the world and uncrowned UFC lightweight champion following his knockout of Josh Thomson in 2004. He fought across the Strikeforce, PRIDE, Bellator, and the UFC promotions before retiring in November 2014.

He began training in karate and Kung Fu before turning to mixed martial arts. He made his professional MMA debut in 1997.

He won the fight and submission of the night honors in 2011 at UFC: Fight for the Troops 2. He appeared as Houston Greggs in the 2011 film Warrior.

He was born on the island of New Providence in the Bahamas. He later moved to Texas at age 15 with his family. He has one son named Yvan and one daughter named Destiny.

He defeated John Gunderson at UFC Fight Night 22 in September 2010.

Yves Edwards Is A Member Of