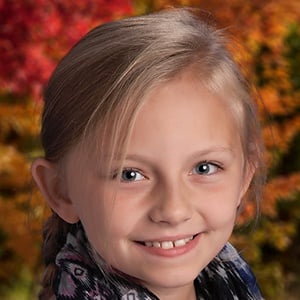 The oldest daughter of Asa and Katherine Killen, and one of the stars of her family's popular YouTube channel, The Killen Clan. They have over 40,000 subscribers and over 15 million views on YouTube.

Her parents adopted her two brothers, Narkeez and Aidan from the Ukraine in 2013. Both boys have special needs and the family's channel documents their lives together.

She also has her own channel, Zoe Aurora. She posts videos about her dolls' adventures.

She's the daughter of Asa and Katherine Killen and the sister of Narkeez, Aidan, Jack, Lierin, and Piper Killen.

Jules LeBlanc is another YouTube star whose family has a popular channel. She appears on their channel, Bratayley, alongside her parents, Katie and Billy LeBlanc, as well as her sister, Hayley LeBlanc.

Zoe Killen Is A Member Of