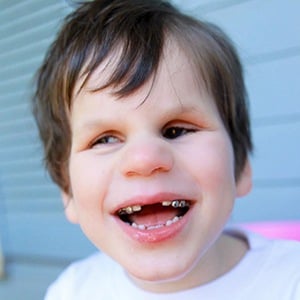 Son of Katherine and Asa Killen, who run the popular family YouTube channel The Killen Clan. He appears in their daily vlogs alongside his five siblings, Narkeez, Zoe, Piper, Jack, and Lierin. They have over 40,000 subscribers and a whopping 15 million views on YouTube.

He was adopted by his parents from Ukraine.

He is autistic and blind and his brother Narkeez, who has cerebral palsy, was also adopted from Ukraine.

He is the second oldest sibling in his family.

He appears with his family on their YouTube channel, The Killen Clan. Hayley Noelle LeBlanc is also the child of vlogger parents, Billy and Katie LeBlanc, and she appears on their family channel, Bratayley.

Aidan Killen Is A Member Of