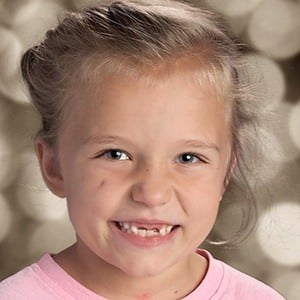 Daughter of Asa and Katherine Killen, and part of their daily vlog series, The Killen Clan. Their YouTube channel has over 40,000 subscribers and their videos have racked up over 15 million views.

She was born three years after her older sister, Zoe Killen.

Two of her brothers, Narkeez and Aidan, were adopted from the Ukraine in 2013, and they both have special needs. Narkeez has cerebral palsy and Aidan is autistic.

She has three brothers named Narkeez, Aidan and Jack, and her older sister, Zoe, has her own YouTube channel, Zoe Aurora. Her younger sister Lierin was born in December 2019.

Gabrielle Weiss is also a daughter in a large vlogging family. Her parents, Jeff and Melissa Weiss, created The Weiss Life YouTube Channel chronicling their lives and the lives of their five daughters, Gracelynn, Gretchen, Gemma and Gwyneth Weiss.

Piper Killen Is A Member Of