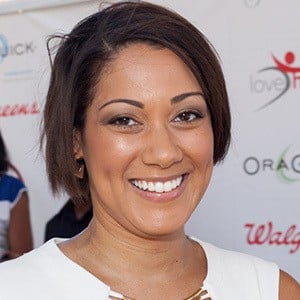 Regular on the spoof comedy series Real Husbands of Hollywood who later landed a series regular role in Netflix's Prince of Peoria as Regina Jackson. She had recurring roles in Prison Break, Nashville and in the third episode of The New Edition Story.

She graduated from the Theater School of DePaul University before moving to Los Angeles, California.

She co-starred in the video game Halo 5: Guardians as Spartan Holly Tanaka.

She was born in Germany, but was raised primarily in Kansas City, Kansas.

She stars in Prince of Peoria alongside Gavin Lewis.

Cynthia Mcwilliams Is A Member Of