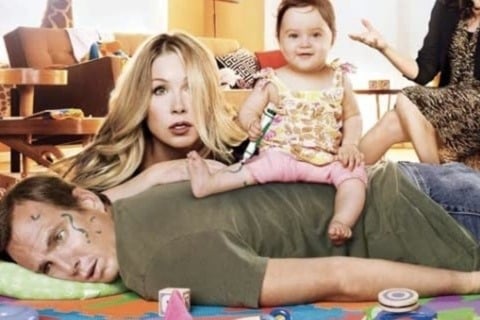 This show follows the lives of a hard-working and breadwinning mother named, Reagan Brinkley, her stay-at-home husband, Chris Brinkley, and their newborn baby.

This series aired exactly 35 episodes before being cancelled in 2012. Actress Christina Applegate received an award for Outstanding Female Actor in a Leading Role in a Comedy Series or Special during the Gracie Allen Awards in 2012.

Up All Night Popularity

Up All Night Fans Also Viewed