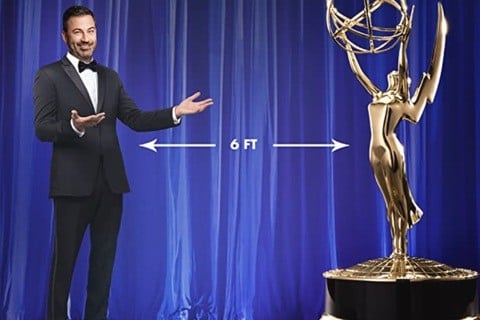 The 72nd edition of the prestigious television award ceremony saw HBO's Watchmen take the most nominations, followed by Succession and Ozark. The sitcom Schitt's Creek swept the comedy acting categories and took home seven awards in total. Succession and Watchmen both won four awards each.

Due to the ongoing COVID-19 pandemic, the ceremony was held in a remote format. Jimmy Kimmel hosted from an empty Staples Center and some awards were delivered to winners via presenters in hazmat suits.