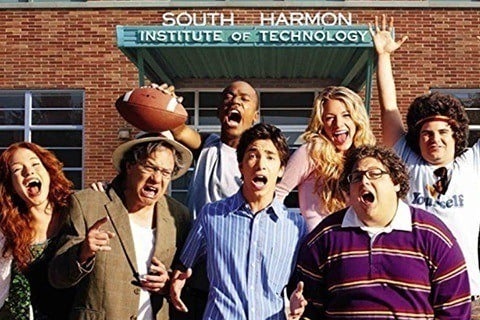 A group of high school graduates create a fake college after being rejected from the colleges in which they would apply. The film earned two Teen Choice Award nominations, one for Justin Long and the other for Jonah Hill.

It was remade for Bollywood under the title of F.A.L.T.U. Hannah Marks earned a Young Artist Award nomination.