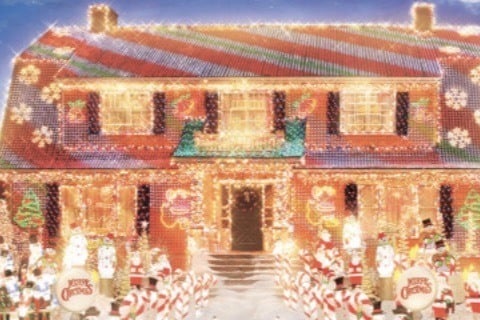 Family Christmas film about two neighbors who engage in a holiday decoration prank contest that results in one house being bright enough to be seen from outer space.

Nanny McPhee
Bring It On: All or Nothing
She's the Man
Deck the Halls Trivia Games
More Comedy Movies
More 2006 Movies