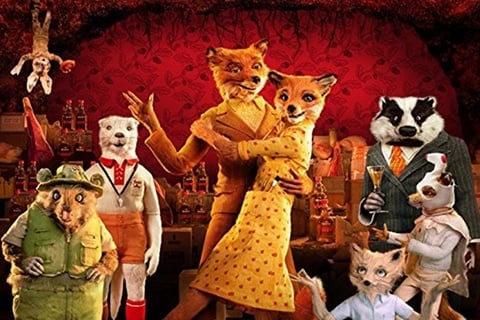 Wes Anderson-directed stop motion animated film about a fox who steals from wealthy farmers. He must then help his animal community survive the farmer's retaliation.

The movie is based on Roald Dahl's children's novel of the same name. It lost the Best Animated Feature award at all of the major ceremonies to Pixar's Up.