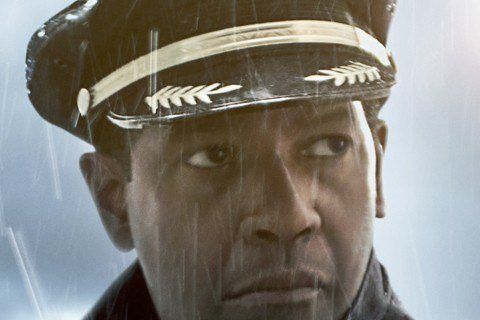 Whip Whitaker is an airplane pilot who saves almost all of his passengers when an in-flight malfunction sends the plane crashing to the ground. As the investigation continues, Whip's reputation comes crashing down as well.

Director Robert Zemeckis is actually a pilot himself. The film was nominated for two Academy Awards including Best Performance by an Actor in a Leading Role for Denzel Washington's performance.