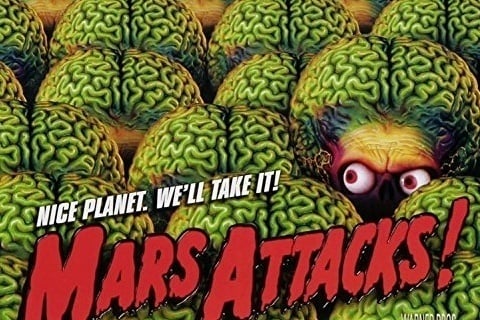 Earth becomes invaded by aliens who say that they come in peace but then eradicate the entire U.S. Congress. U.S. President James Dale calls for nuclear retaliation.

The film is based on the cult trading card series of the same name. Martian Girl never blinks in the entire film.