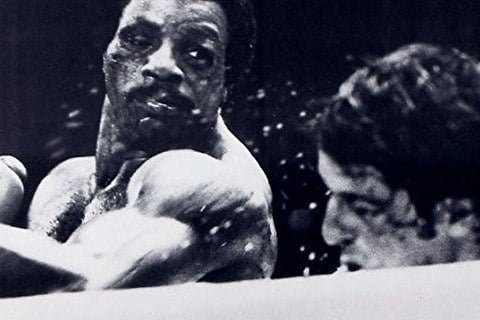 This sequel sees Rocky getting back into the ring with Apollo Creed. Sylvester Stallone wrote, starred, and directed the film that grossed over $200 million worldwide.

For the first time we can learn Rocky's first name which is Robert. 800 local school children were used as extras in the movie.