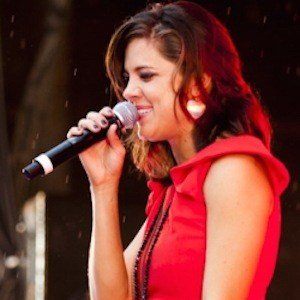 Singer and songwriter best known for the release of her fourth album Superheroes which earned her the Female Artist of the Year award in 2015 at the Golden Guitar Awards. The album's title single "Superhero" debuted at #3 on the Aria country chart.

She earned a degree in commerce from the University of New South Wales and spent six years as an accountant before becoming a full time musician.

She has toured with stars like Lee Kernaghan, Adam Harvey, and Melinda Schneider.

Amber Lawrence Is A Member Of