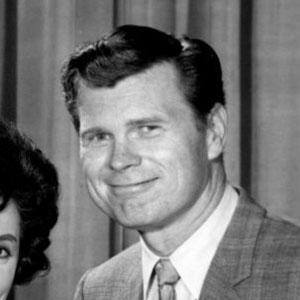 MGM actor who played James Bond in the 1954 film, Casino Royale. Later in his career he became a longtime panelist on To Tell the Truth.

He was heavily involved in theater during high school and college,and was immediately signed to a contract with MGM upon graduation.

He was spotted by a talent scout in a college production of Macbeth.

He was the first actor to play author Ian Fleming's James Bond.

Barry Nelson Is A Member Of