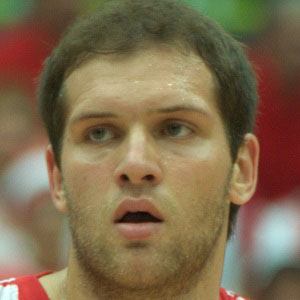 Croatian shooting guard and small forward who won a Croatian League Championship with Cibona Zagreb and, later, Turkish League, Turkish Cup and Turkish Supercup Championships with Fenerbahce Ulker. He signed a 3-year, $10 million deal with the NBA's Brooklyn Nets in 2014.

He grew up idolizing Drazen Petrovic and began playing for his hometown team, Zrinjski Mostar, in 2004.

He was named to the NBA All-Rookie Second Team in 2015.

He was born in Mostar, Bosnia and Herzegovina. He often features his French Bulldog on his Instagram account.

He was teammates with fellow NBA player Dario Saric on the Croatian national team at the 2014 FIBA World Championship.

Bojan Bogdanovic Is A Member Of