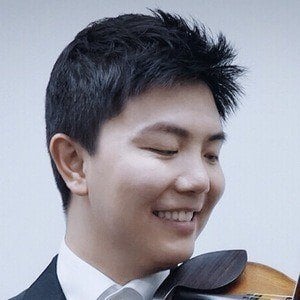 Award-winning violinist who received second place in the 2005 International Jean Sibelius Violin Competition, a prestigious competition in Helsinki, and who has worked with many different orchestras.

He began playing violin when he was three years old and studied at Chetham's School of Music where he won numerous awards.

He was a soloist during the BBC Proms Festival in 2006. He was named an "Exceptional Talent" by the British Arts Council. He has performed shows on six continents.

He was born in Shanghai.

He performed as a soloist in the Philharmonia Orchestra directed by Lorin Maazel.

Jiafeng Chen Is A Member Of