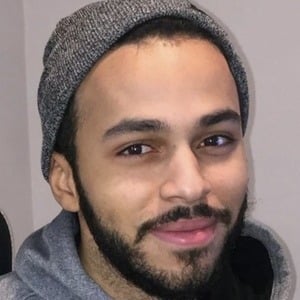 Partnered Twitch broadcaster and professional e-sports competitor. He was also a member of the TSM Fortnite competitive team and was the second ranked solo player in the world. He has been a member of the NRG gaming crew.

He began his professional gaming career playing Call of Duty and Halo.

On his tsm_hamlinz Twitch channel, he has amassed more than 2.1 million followers. He posted a photo with gamer Daequan Loco in May of 2019 and the photo has received over 160 thousand hearts on it.

His full name is Darryle Hamlin. He hails from Virginia.

Both he and CaMiLLs7 were members of the TSM Fortnite team.

Hamlinz Is A Member Of