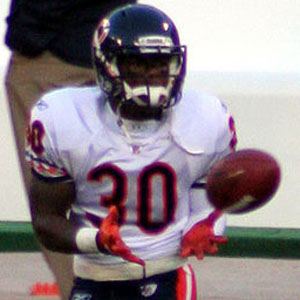 Cornerback who was drafted 199th overall by the Bears in 2009. He played the 2013 season for the Panthers before signing with the Tampa Bay Buccaneers in 2014.

He was a State Champion in football, basketball, and the high jump during his decorated career Broome High School.

He was a one-time All-American and two-time All-SEC selection at Vanderbilt.

His parents Eddie and Doris Moore had three other children: Eddie, Robert and Janell.

He has been coached by Lovie Smith on the Chicago Bears and Tampa Bay Buccaneers.

DJ Moore Is A Member Of