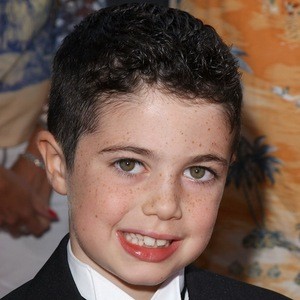 Singer who entered the spotlight a member of Team Kelly Clarkson on season fourteen of The Voice. He is also an actor who has appeared in movies like The Stepford Wives (2004) and on shows like Law & Order: Criminal Intent.

He grew up in Wyckoff, New Jersey and appeared in a 1-800-FLOWERS commercial at age three.

He was a member of the short-lived boy band NY5 prior to appearing on The Voice.

He has siblings named Chelsea and DJ.

He performed Loggins & Messina's "Danny's Song" during his blind audition for The Voice.

Dylan Hartigan Is A Member Of