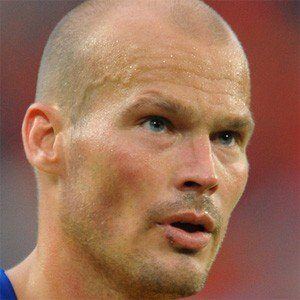 From 1998-2008, he represented Sweden internationally.

He was born in Vittsjo, Sweden.

Forward Kennet Andersson was his teammate on the Swedish national team.

Fredrik Ljungberg Is A Member Of