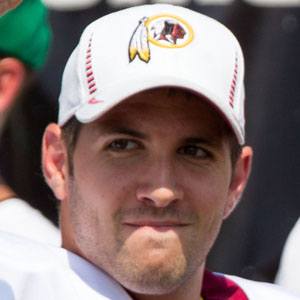 NFL placekicker best known for his time with teams like the Washington Redskins and Carolina Panthers. In 2008, while playing at Florida State University, he won the Lou Groza Award as the best placekicker in the country.

He was born in Scotland and grew up in Pensacola, Florida.

His father and grandfather both served in the U.S. Navy.

He and Kai Forbath have both kicked for the Washington Redskins.

Graham Gano Is A Member Of