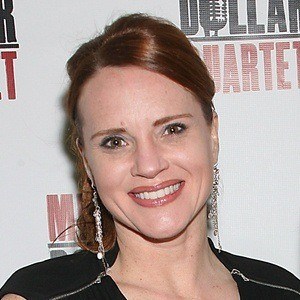 Musical theatre star who has made a name for herself in Broadway productions of Footloose, Urinetown, Wicked, and Dear Evan Hansen, amongst others.

In 1991, she graduated from the University of Michigan with a degree in musical theatre.

In 2002, she earned a Tony Award nomination for Best Actress in a Musical for her role in Broadway's Urinetown.

She and her husband, John, have a son named Thomas.

She starred in the original Broadway cast of Dear Evan Hansen alongside Ben Platt and Rachel Bay Jones.

Jennifer Laura Thompson Is A Member Of