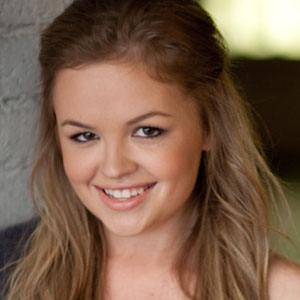 Played Mallory on the TV drama Heartland alongside Chris Potterr. In 2017, she began playing Jackie Sanders in Netflix's Greenhouse Academy.

She attended Kanaka Creek Elementary School before landing a role on the TV show Mysterious Ways.

She played Penny in the 2003 film My Life Without Me.

She is the granddaughter of acclaimed jazz saxophone player P.J. Perry. She resided in Vancouver with her parents and older brother. She has dated actor David Jones-Roberts.

She had a small role on Smallville starring Tom Welling.

Jessica Amlee Is A Member Of