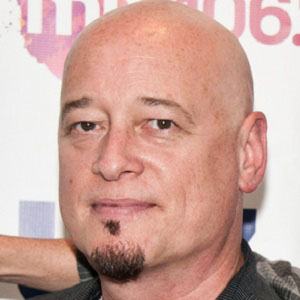 Guitarist best known as a member of the multi-platinum rock band Train. He and the band broke out in 2001 with the release of the album Drops of Jupiter, whose title track won a Grammy Award for Best Rock Song.

He was born and rasied in Morris, Illinois. He was a member of the Los Angeles-based band Apostles before joining Train in 1994.

He appeared in an episode of the police procedural CSI: NY titled "Second Chances."

He married Lindsay McCutcheon in March 2013. He has a daughter named McKenna.

He has performed alongside lead singer Patrick Monahan in Train.

Jimmy Stafford Is A Member Of