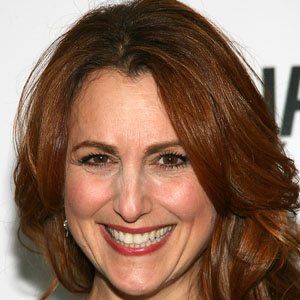 Known for her theatrical collaborations with Gary Sinise and John Malkovich and for her cinematic partnerships with Barry Levinson and Woody Allen, this Obie Award-winning actress appeared in the thrillers Safe (1995) and Joshua (2007) and in episodes of such television series as Monsters and The Good Wife.

After studying at Northwestern University in Illinois, she trained at New York City's famous Circle in the Square Theatre.

She played the role of Wendy Hunt in eight episodes of the HBO series Big Love.

A native of Memphis, Tennessee, she later lived in both New York City and Chicago.

She directed The Loss of a Teardrop Diamond, a 2008 film with a screenplay by playwright Tennessee Williams.

Jodie Markell Is A Member Of