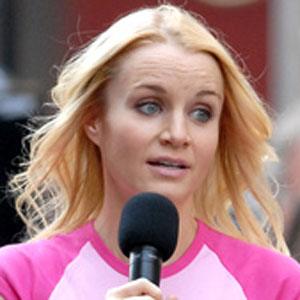 Stage actress who performed in the Broadway productions of The Adventures of Tom Sawyer, Into The Woods, Gypsy, and Wicked. She was also cast as Miss Jenn in Disney's High School Musical: The Musical: The Series.

In 1998, she graduated from Western Michigan Christian High School.

She made appearances on such television shows as Sherri and Ugly Betty.

She was born in Seattle, Washington and raised in Muskegon, Michigan. She and her husband Andrew Samonsky have a son named Luke.

She co-starred with Tammy Blanchard in the 2003 Broadway revival of Gypsy.

Kate Reinders Is A Member Of