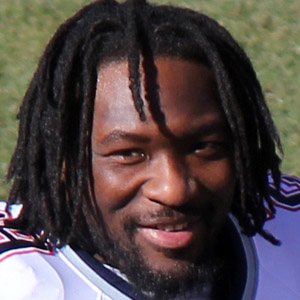 Running back who joined the Philadelphia Eagles in 2017 and helped the team capture Super Bowl LII. He previously played for the Tampa Bay Buccaneers, Pittsburgh Steelers and New England Patriots, whom he helped win Super Bowls XLIX and LI.

He entered the NFL as an undrafted free agent with the Tennessee Titans in 2010, but would join the Tampa Bay Buccaneers before the start of the NFL season.

He led the NFL in rushing touchdowns with 18 as a member of the New England Patriots in 2016.

He was born to Barbara and Gary Blount.

He played college football at the University of Oregon under coach Chip Kelly.

LeGarrette Blount Is A Member Of