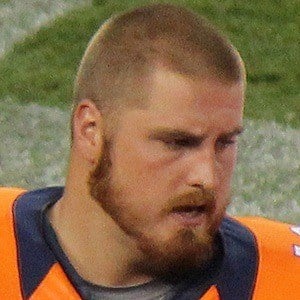 American football offensive tackle known for his time with the Carolina Panthers. He was signed off the Rams' practice squad in 2014 and settled in as the Panthers' right tackle.

He attended Oregon State University but was not selected in the 2012 NFL draft. He then signed with the Denver Broncos, one of five teams he would play with before reaching Carolina.

He was matched up against Von Miller for much of Super Bowl 50, struggling to contain the game's eventual MVP.

His father, Wally, and brother, Vic, are both in the home construction business in Oregon. In 2016 he and his wife welcomed their first child.

He and Michael Oher anchored both sides of the Panthers' line during the 2015 season.

Mike Remmers Is A Member Of