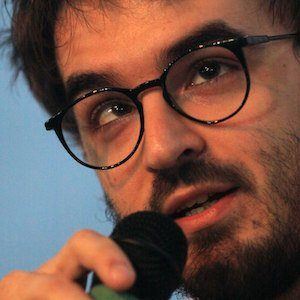 Brazilian YouTuber known for his sometimes-controversial vlogs that tackle current events. He has earned more than 291 million views to his channel, which is called maspoxavida. He later became one of the co-hosts of the talk show series Ilha de Barbados.

Largely homeschooled, he started doing design for comic books at the age of 15. He started uploading to his channel in February of 2010.

He's appeared as a host on MTV and has won a Shorty Award for his work. He has more than 600,000 followers on Instagram.

He was bullied growing up for having strabismus, which makes it difficult to point both eyes in the same direction. He grew up in Guarulhos, one of the largest cities in Sao Paolo.

He is joined by Caue Moura and Rafinha Bastos on the web series Ilha de Barbados.

PC Siqueira Is A Member Of