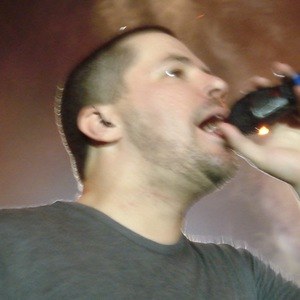 Brazilian musician who is best known for his hit singles "Case No Campo" and "Um Sonho a Dois". He is also known for his album "Voz no Ouvido" which was released in 2000.

His first experience in music was when he joined a band with his brother Joao Marcelo Boscoli called Confraria. He left the band in 1994 and began composing commercial jingles and focusing on his solo career. He released his debut self-titled album in 1997 under the Sony Music label.

He has performed at several different festivals including the Beny More Festival in Cuba and the Jazz Festival of Montreaux in Switzerland. He was nominated for a Latin Grammy for Best Contemporary Brazilian album in 2004 for "Piano e Voz".

He is the son of famed Brazilian jazz singer Elis Regina and pianist Cesar Camargo Mariano. His sister, Maria Rita is a fellow professional singer.

In 1998, he participated in the Projeto Artistas Reunidos collaboration album with fellow musicians Jair Oliveira and Luciana Mello.

Pedro Mariano Is A Member Of